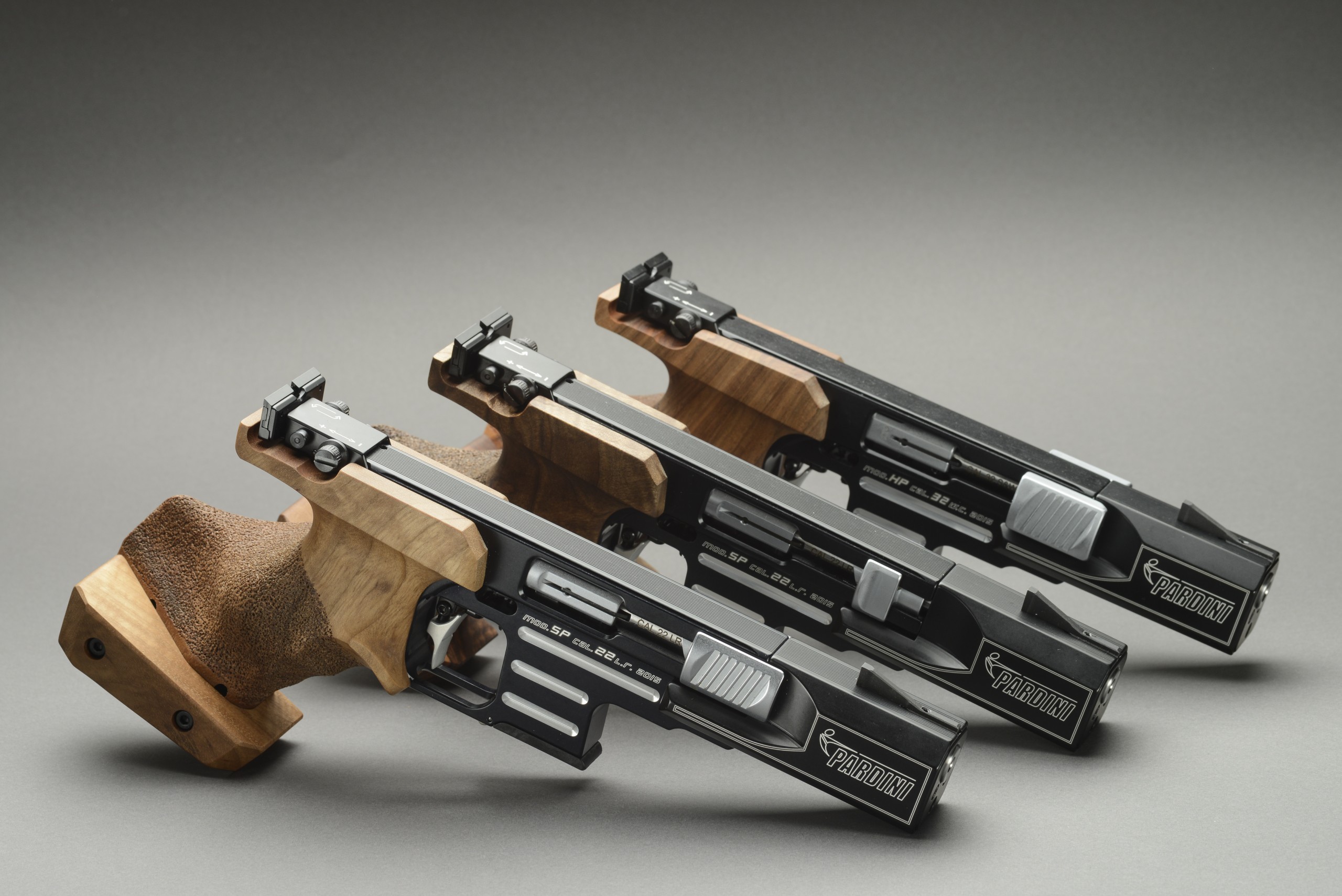 One of the Pardini big news for 2016 is the universal frame for the SP-HP series pistols. The new frame is compatiblewith all newly manufactured models, transforming the trio of the prize-winning pistols into one true, convertibleweapon system.

Conversion kits are available and the latest generation pistols can be used in all ISSF 25-meter target shootingdisciplines. The new frame can be used for Rapid Fire Pistol, 25 m Women Pistol, Junior Sport Pistol, Standard Pistol,Center fire Pistol and Bullseye Pistol events. The advantages of the new SP-HP system are numerous: same grip, sametrigger settings, interchangeability of the parts, versatility of the events that can be shot, compact carry size, lower cost forsystem optimization and economy. Most of the older generation barrels and bolts in .22 LR are also compatible and can beused on the new frame.
This change allows the user to purchase only one pistol and - if he or she wants to compete in all disciplines - twoconversions at a cost that is significantly lower than that of three pistols purchase.
New engravings on both side of the frame actualize the pistol design to contemporary aesthetic standards.
The conversion kits are sold individually in a special case and include a bolt, barrel-counterweight assembly, recoil springwith guiding rod, and 2 magazines for the caliber of choice. The conversion is a very simple operation that requires onlyone screw to be released. It can be done by the athlete at the firing line for less than 60 seconds. The following kits areavailable:

The GPR1 air rifle is the result of a collaboration between Giampiero Pardini and Niccolo' Campriani, the OlympicChampion and two Olympic Records holder from London, 2012.“The beating heart” of the GPR1 – as Mr. Pardini likes tocall it – is the evolution of mechanical innovations that have already been adopted by the Pardini’s air pistols. It has a“cryo-desmodromic” trigger made from cryogenically treated steel components and an efficient recoil reducer(Absorber). The highlights of the GPR1 project is the modular stock, made of lightweight 7075 alloy (Ergal) and theergonomic design. All of the accessories allow numerous adjustments on the three axes and are available in kits for right-handed or left-handed shooters. The stock, grip, hand rest, barrel and butt plate have screw-fitted counterweights.

2016 brings new look for the GPR1. The new EVO model is placed between the two already in the catalog (TOP andPRO), sharing the same mechanical settings. Numerous changes were made:

- a true pass-through eyelets that make the GPR1 lighter and the profile unmistakable,
- a new finish for the barrel, now stainless steel,
- an innovative hand-rest, which carries the best of both accessories supplied so far: a wooden body, particularly pleasantfor the shooter's hand, and an aluminum peak, allowing the application of front counterweights as well as those containedinside. This accessory has been developed on the specific demands of the Pardini Team shooters, especially PetraZublasing, who had expressed a desire to see implemented all the wooden parts in contact between the body and the rifle. 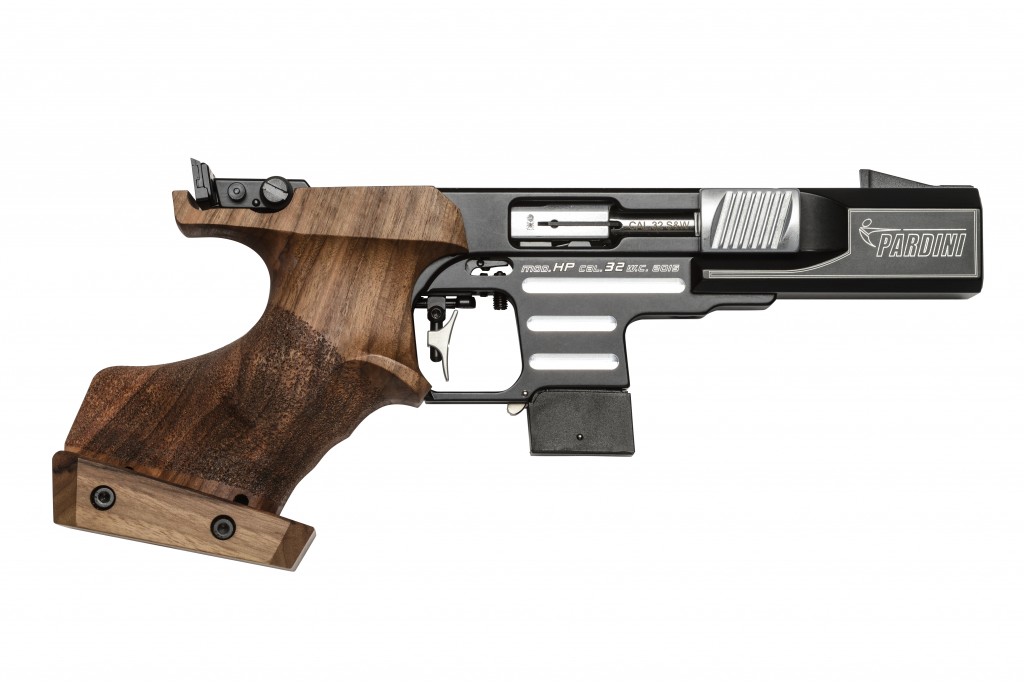 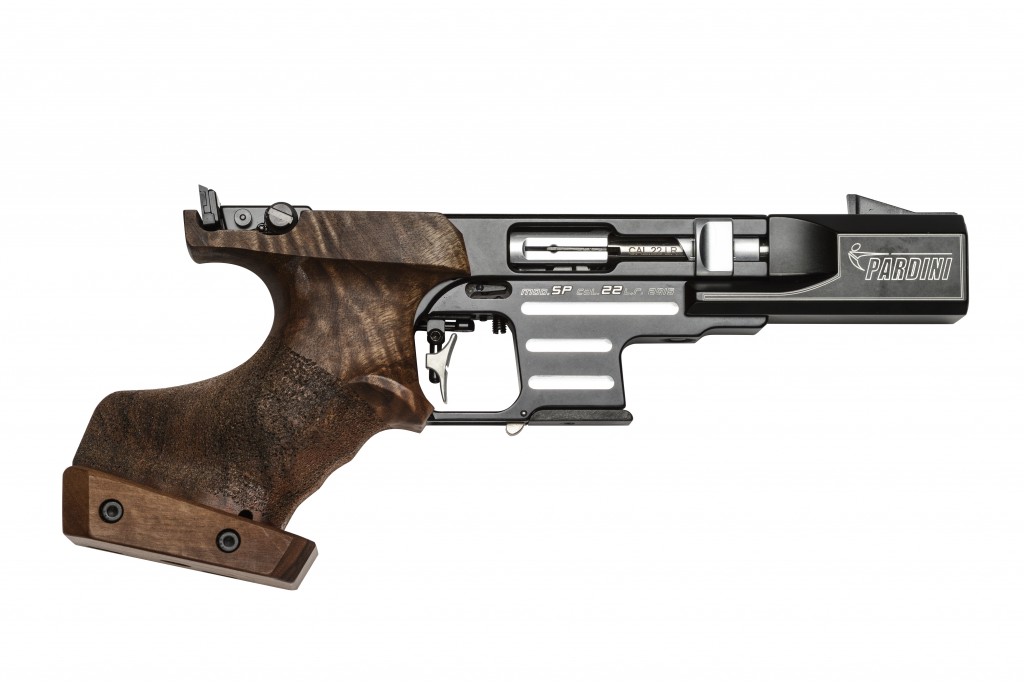 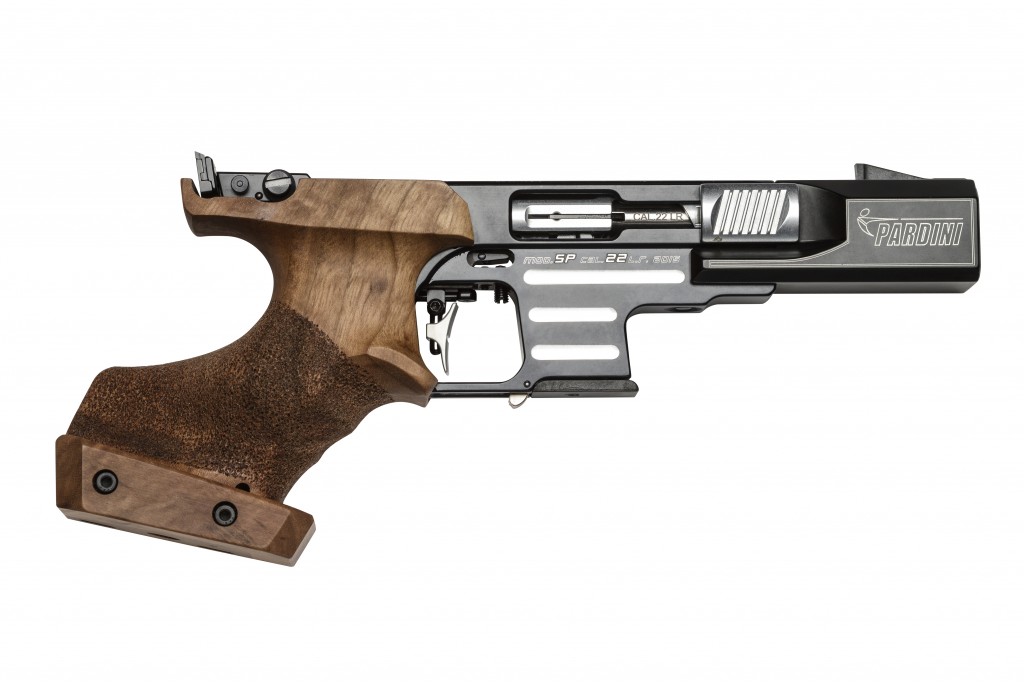 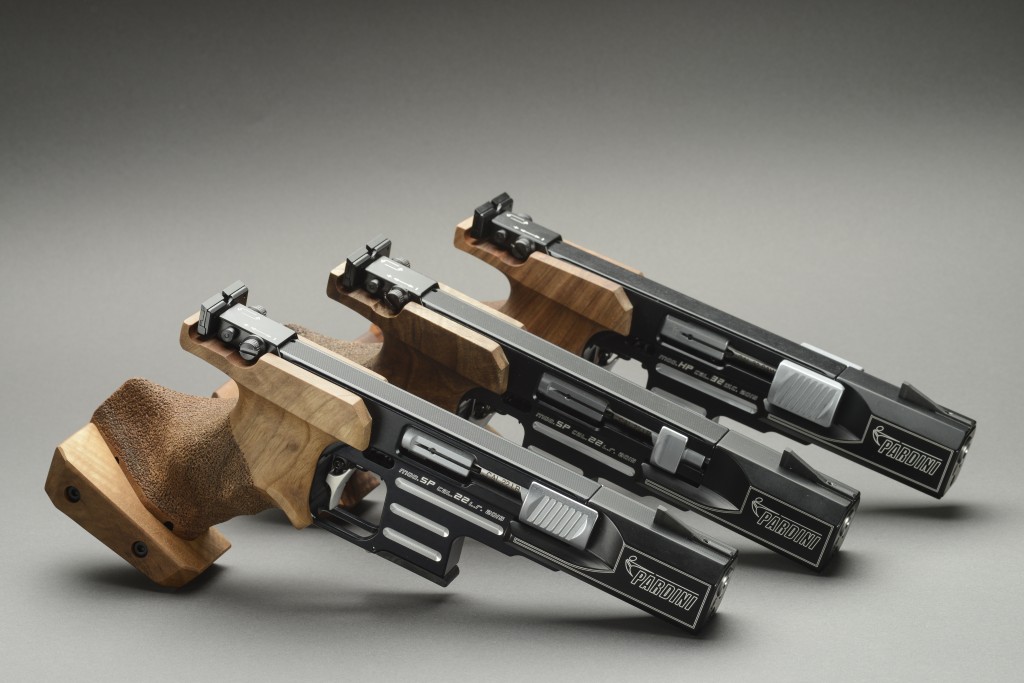 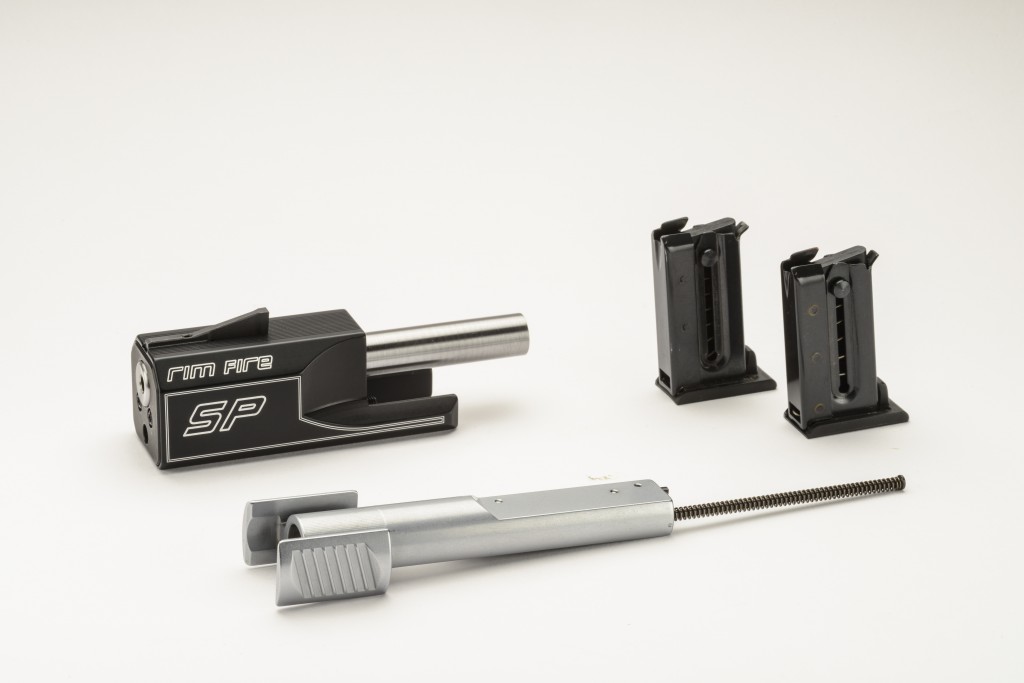 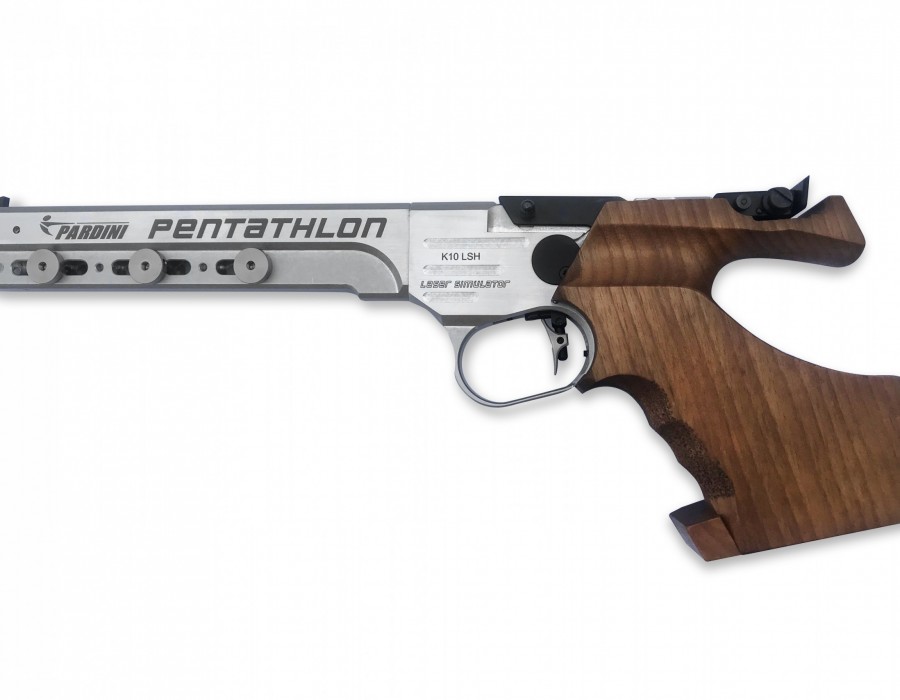 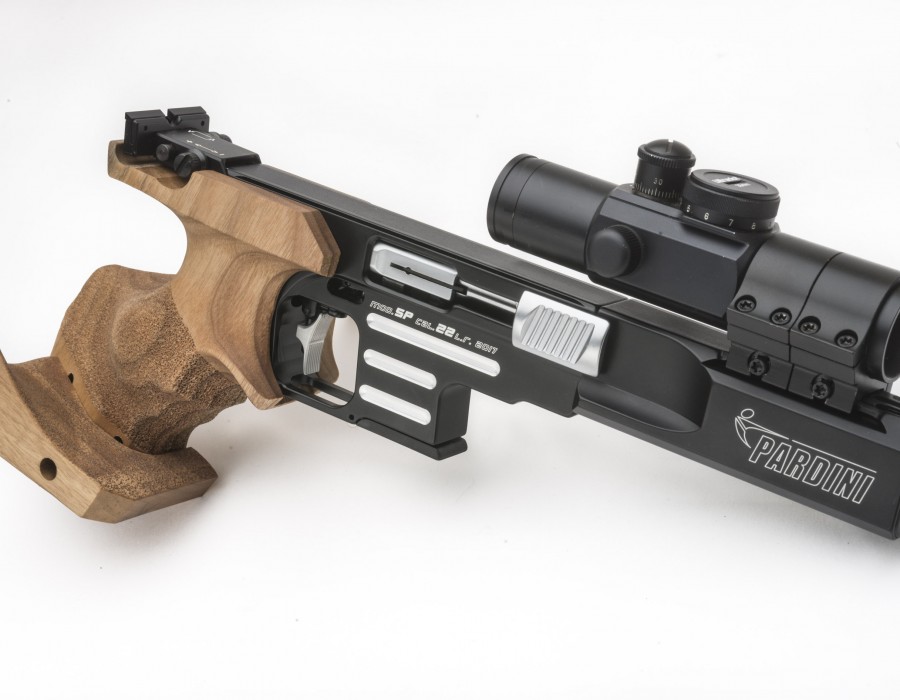