The ISSF World Cup event in Munchen (GER), second to last before the Rio de Janeiro Olympics, confirmed the high value of the shooters who will compete in the next edition of the Games and, above all, the quality of Pardini guns. The Italian company, present in Munchen with its technical center to provide assistance to all competitors, obtained many important results; the first day of competition, the Italian shooter Niccolò Campriani won the qualification AR60 relay counting 631,0 points. The next day, all 25m Pistol Woman podium was branded Pardini: Jingjing Zhang (CHN) won the gold medal, Kostevich Olena (UKR) won the silver, and Naphaswan Yangpaiboon (THA) won the bronze; in the qualifying relay, 60 athletes out of a total of 89 (67.4%) shot a Pardini SP. The third day of competition, with 90% of the 60 shooters competing in Rapid Fire pistol equipped with Pardini pistols and 6 out of 6 Pardini in the final, the full podium for the Italian factory was assured even before the end of the event. For the record, Fusheng Zhang (CHN) was the gold medallist in front of Jean Quiquampoix (FRA) and Christian Reitz (GER), who ranked in first place with 588 points in qualification. In this important international event, therefore, Pardini Firearms has collected 2 gold, 2 silver and 2 bronze medals, confirming the results already achieved in the Bangkok and Rio World Cups.
On this occasion, the Pardini staff also presented to the best in the world athletes its latest news: the All-in-One pistol and the Evo version of the GPR1 air rifle.
The All-in-One features a new universal frame for the SP-HP series pistols that is compatible with all newly manufactured models, transforming the trio of the prize-winning pistols into one true, convertible weapon system. Conversion kits are available and the latest generation pistols can be used in all ISSF 25-meter target shooting disciplines. This change allows the user to purchase only one pistol and - if he or she wants to compete in all disciplines - two conversions at a cost that is significantly lower than that of three pistols purchase. The conversion kits are sold individually in a special case and include a bolt, barrel-counterweight assembly, recoil spring with guiding rod, and 2 magazines for the caliber of choice. The conversion is a very simple operation that requires only one screw to be released.
The GPR1 rifle - so far offered in 3 versions (Basic, Top, and Pro) sharing the same mechanical settings is now offered in the new Evo version, placed between the ones already in the catalog; it offers a cryo- desmodromic trigger made from cryogenically treated steel components. An innovative hand-rest carries the best of both accessories supplied so far: a wooden body, particularly pleasant for the shooter’s hand, and an aluminum peak, allowing the application of front counterweights as well as those contained inside. This accessory has been developed on the specific demands of the Pardini Team shooters, especially Petra Zublasing (2014 AR40 World Champion with this weapon). 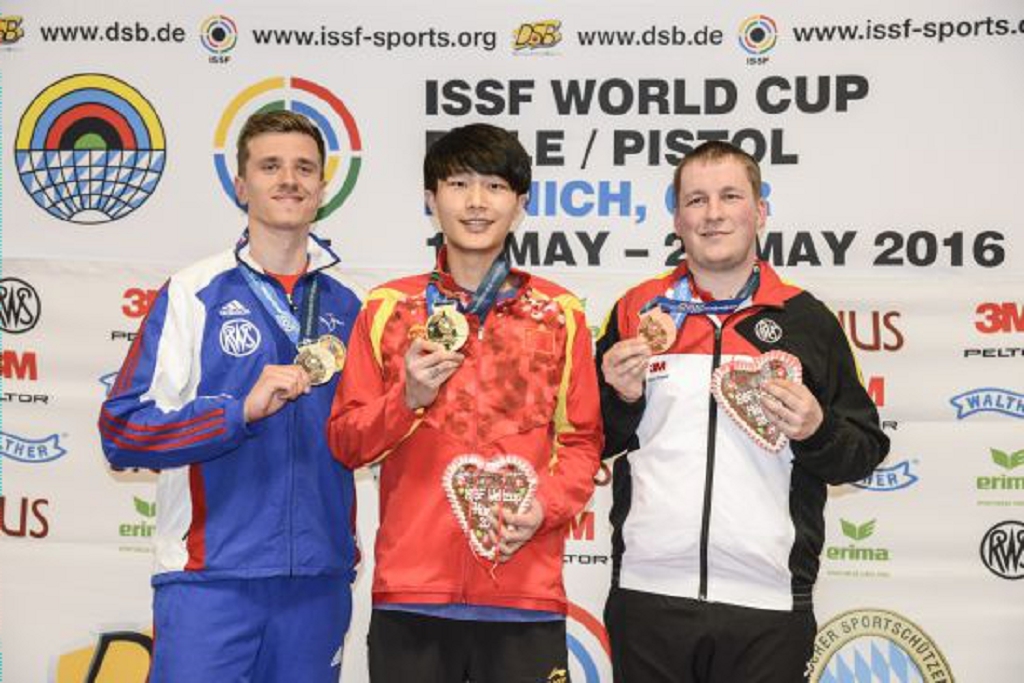 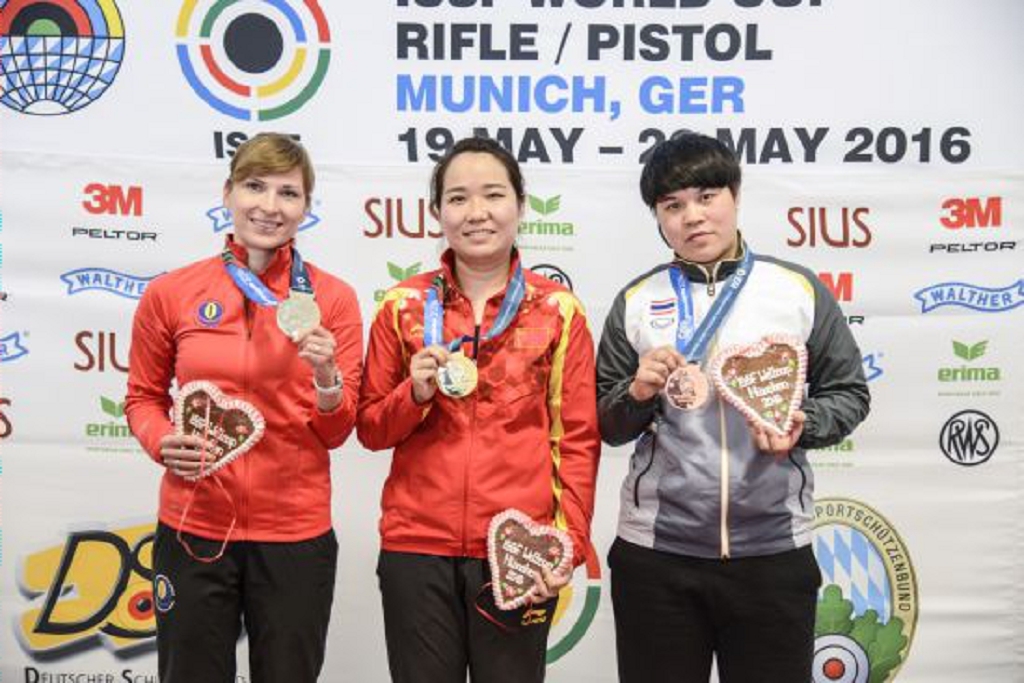 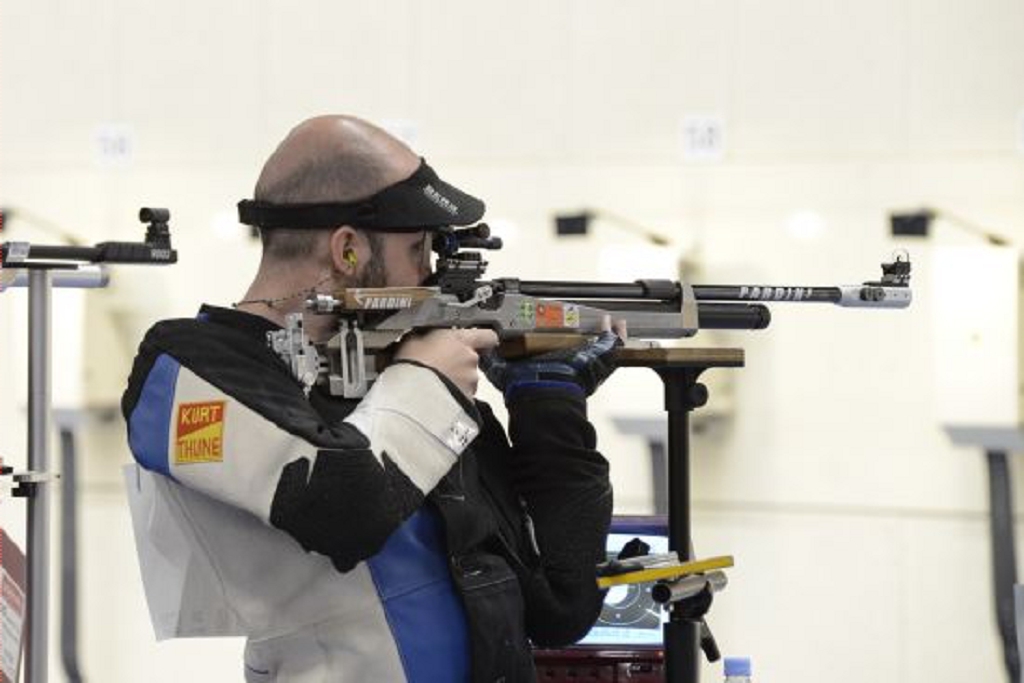 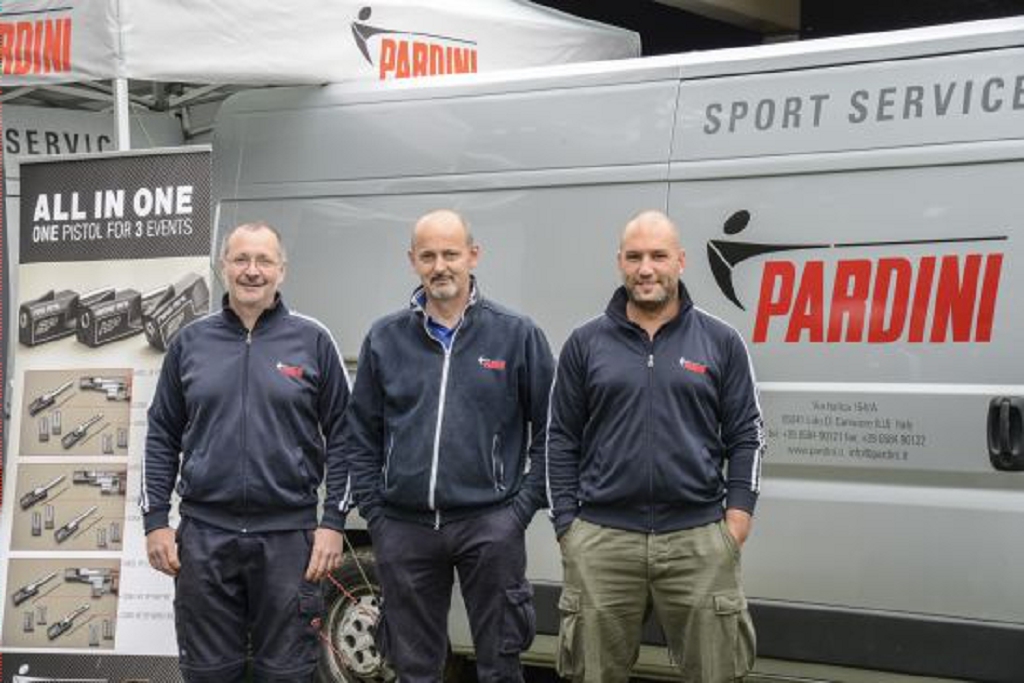 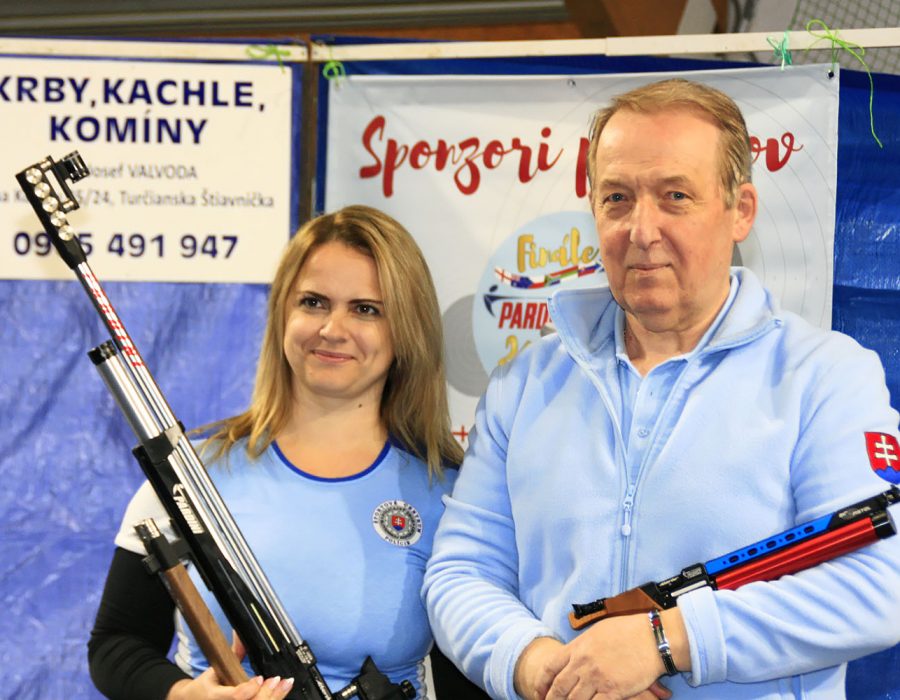 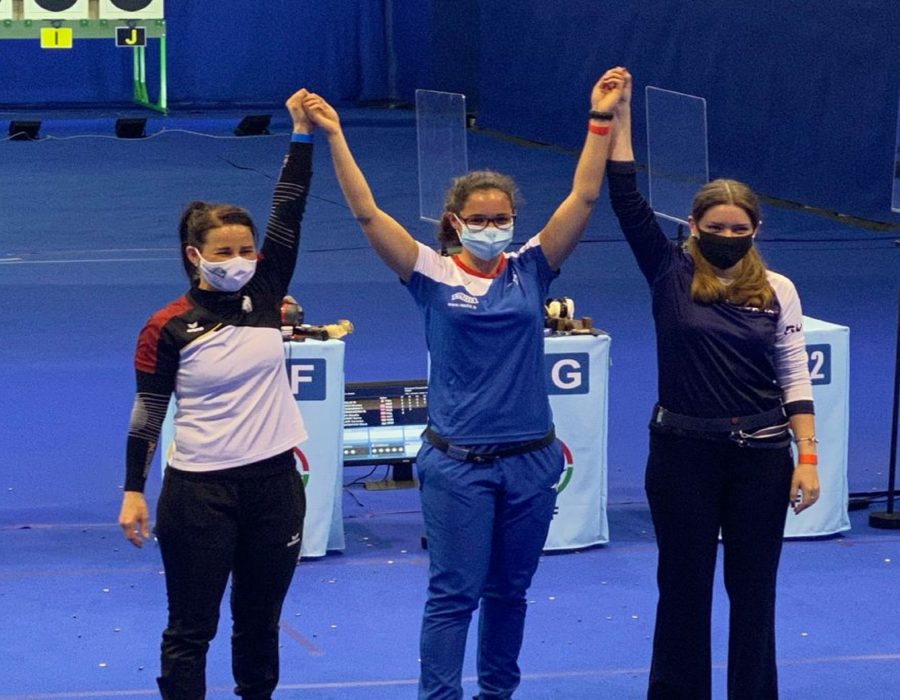 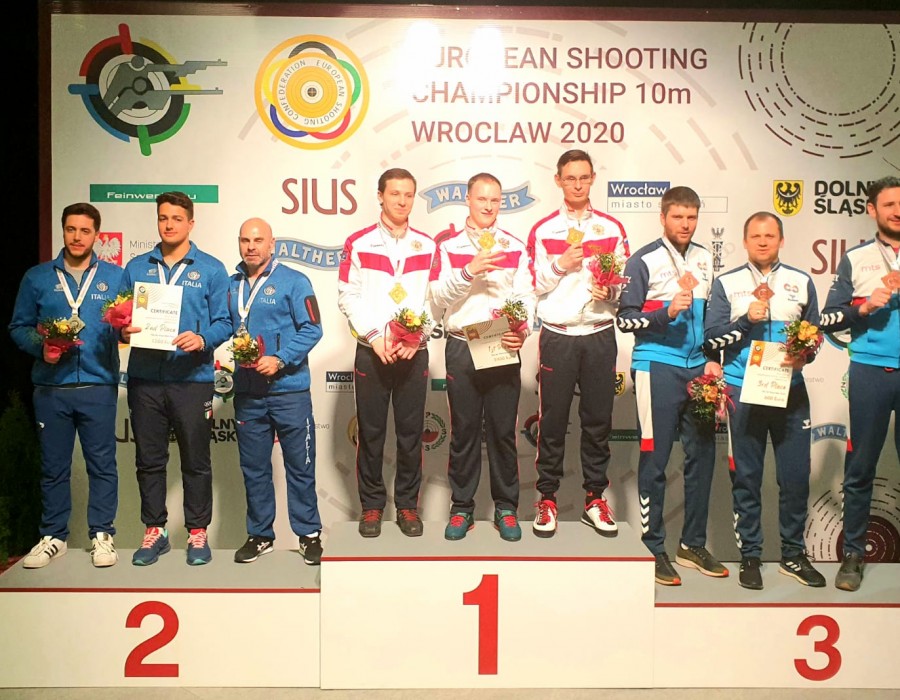