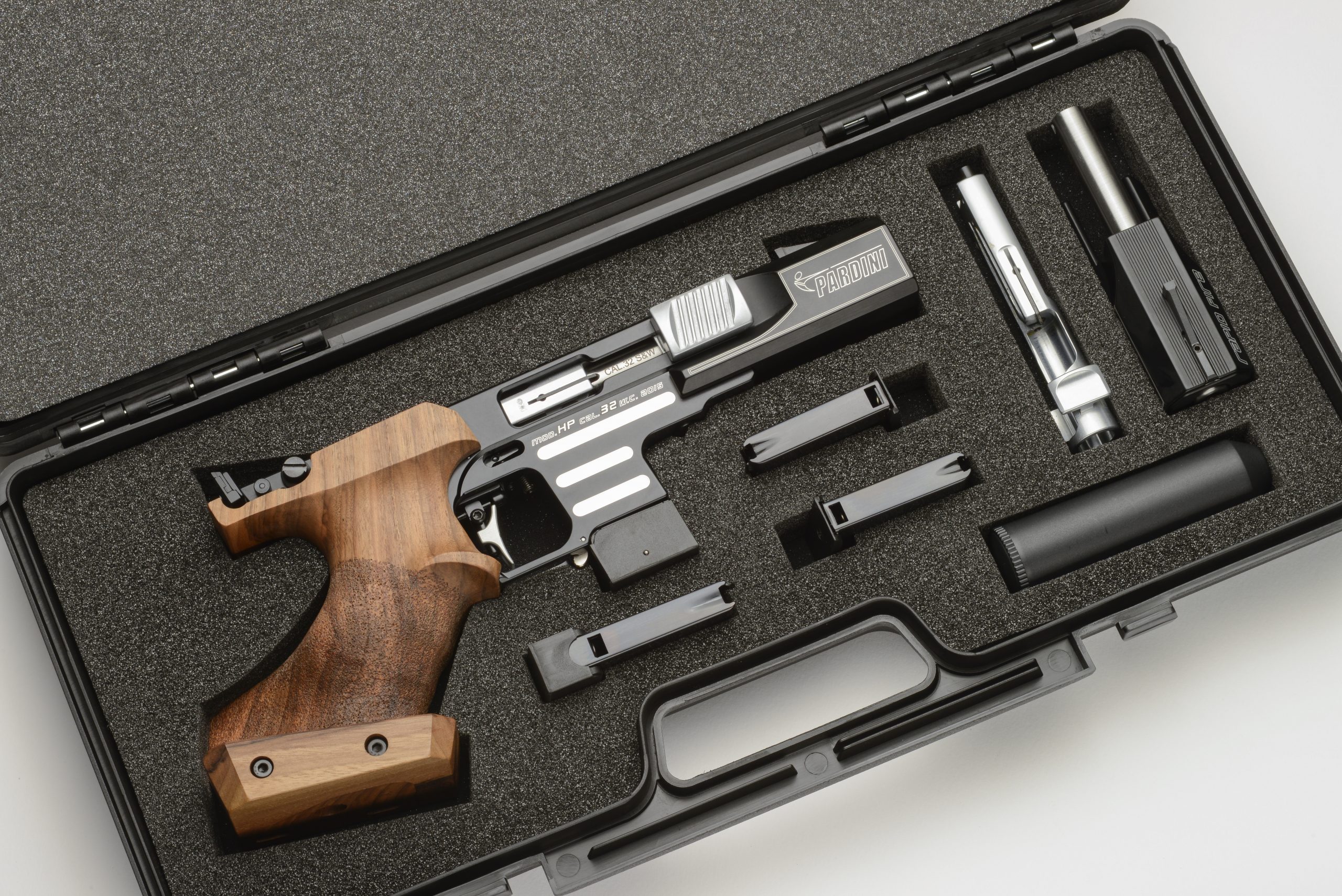 Pardini ALL IN ONE 1 pistol for 3 events.

One of the Pardini big news for 2016 is the universal frame for the SP-HP series pistols. The new frame is compatible with all newly manufactured models, transforming the trio of the prize-winning pistols into one true, convertible weapon system.
Conversion kits are available and the latest generation pistols can be used in all ISSF 25-meter target shooting disciplines. The new frame can be used for Rapid Fire Pistol, 25 m Women Pistol, Junior Sport Pistol, Standard Pistol, Center fire Pistol and Bullseye Pistol events. The advantages of the new SP-HP system are numerous: same grip, same trigger settings, interchangeability of the parts, versatility of the events that can be shot, compact carry size, lower cost for system optimization and economy. Most of the older generation barrels and bolts in .22 LR are also compatible and can be used on the new frame.

This change allows the user to purchase only one pistol and - if he or she wants to compete in all disciplines - two conversions at a cost that is significantly lower than that of three pistols purchase. New engravings on both side of the frame actualize the pistol design to contemporary aesthetic standards.

The conversion kits are sold individually in a special case and include a bolt, barrel-counterweight assembly, recoil spring with guiding rod, and 2 magazines for the caliber of choice. The conversion is a very simple operation that requires only one screw to be released. It can be done by the athlete at the firing line for less than 60 seconds. The following kits are available: 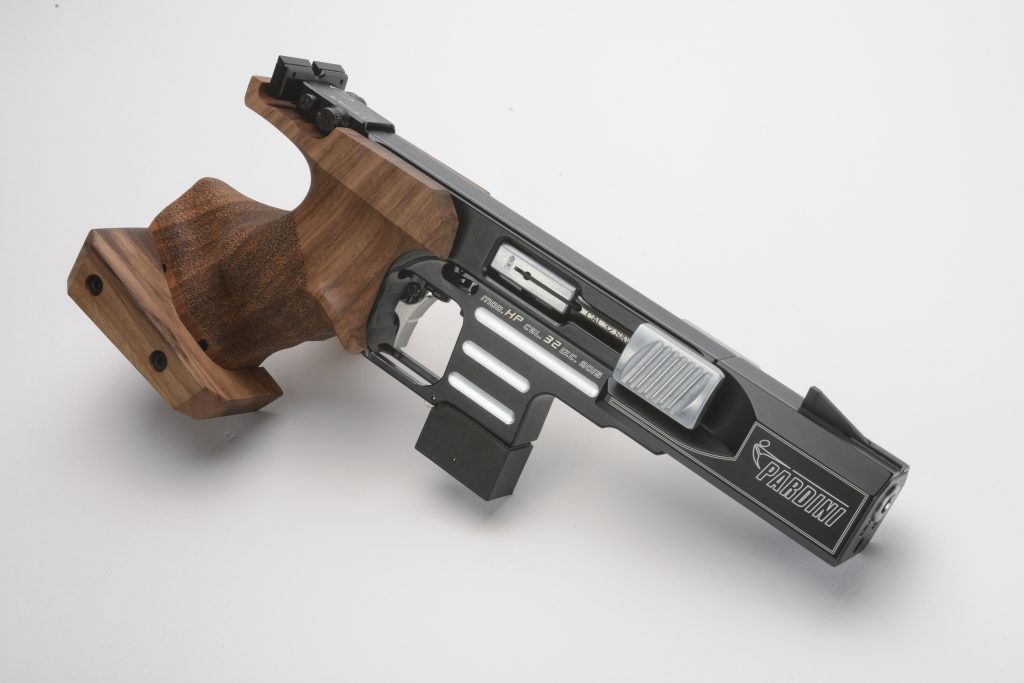 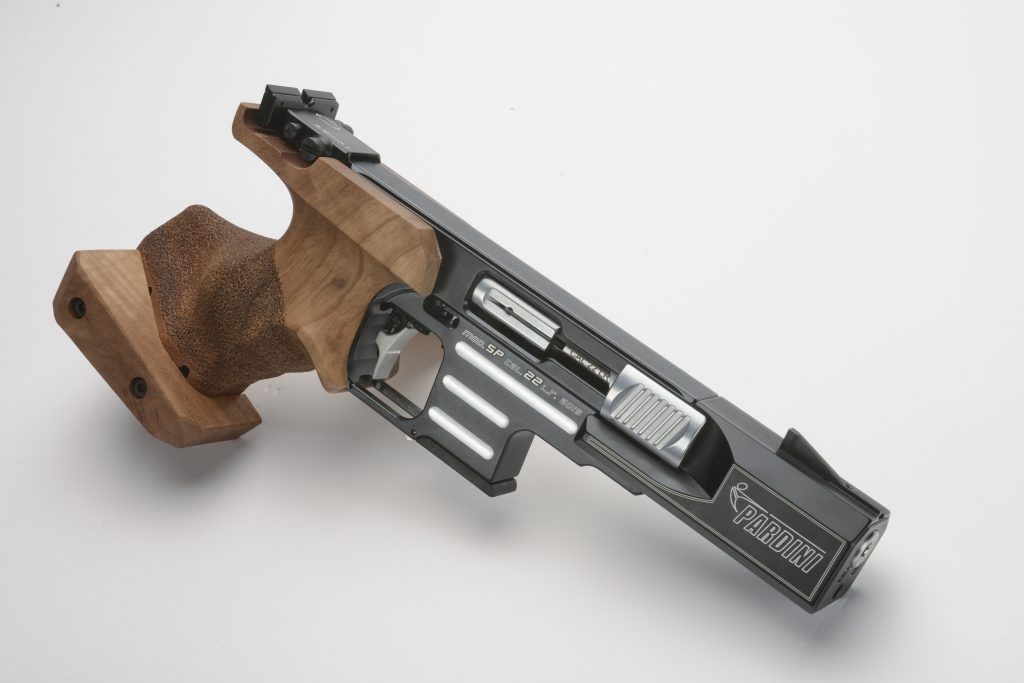 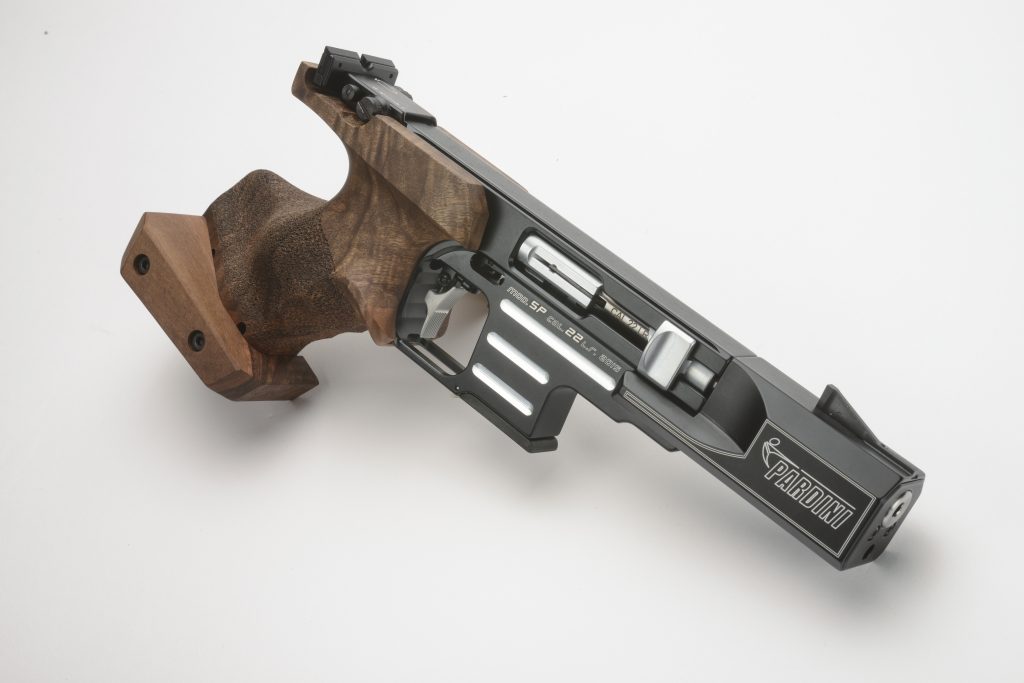 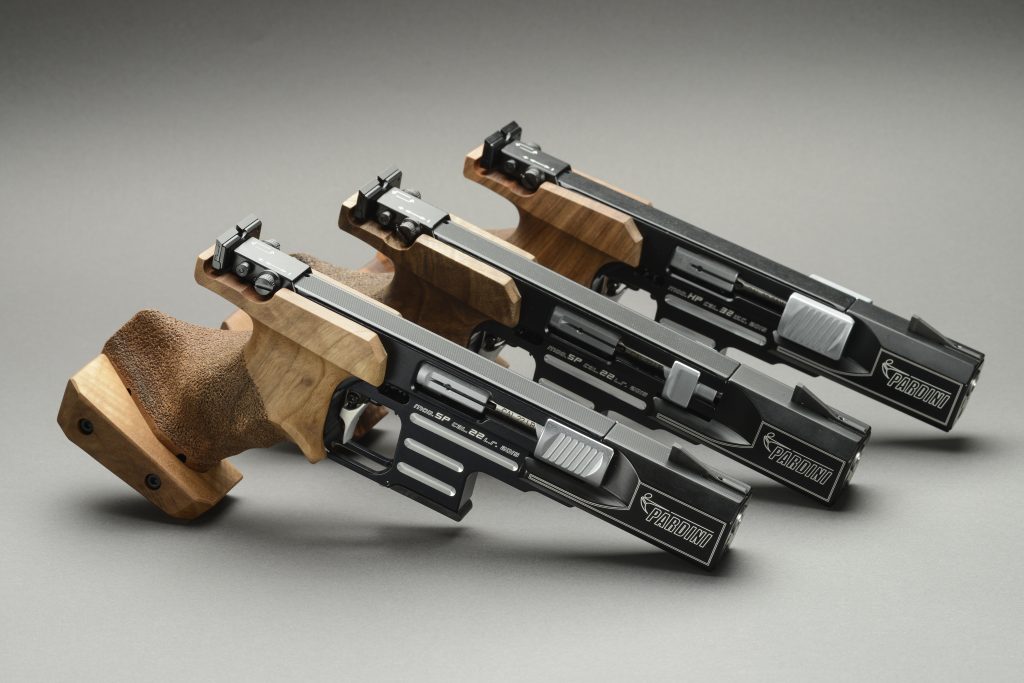 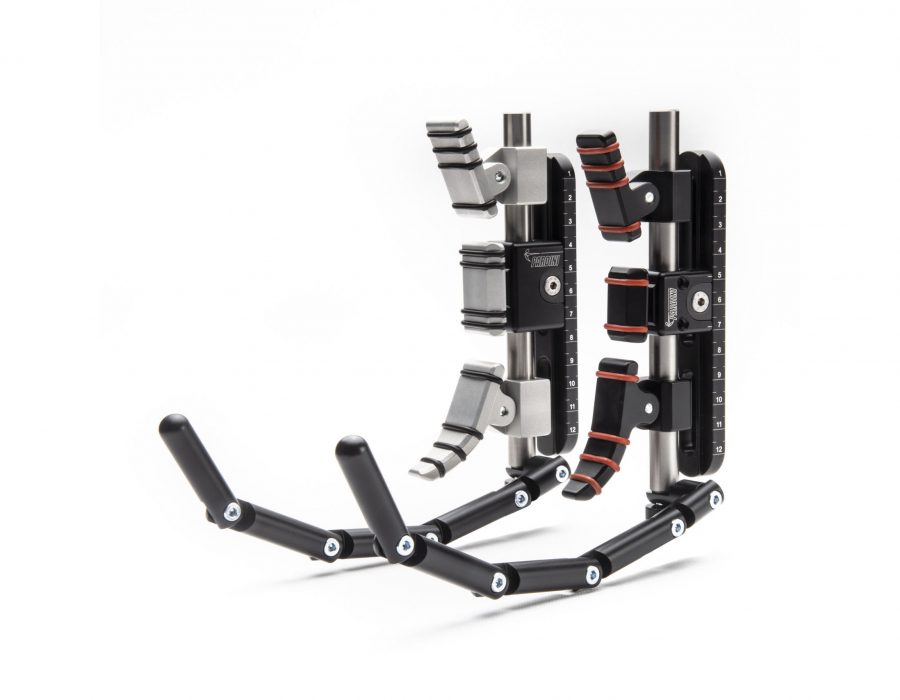 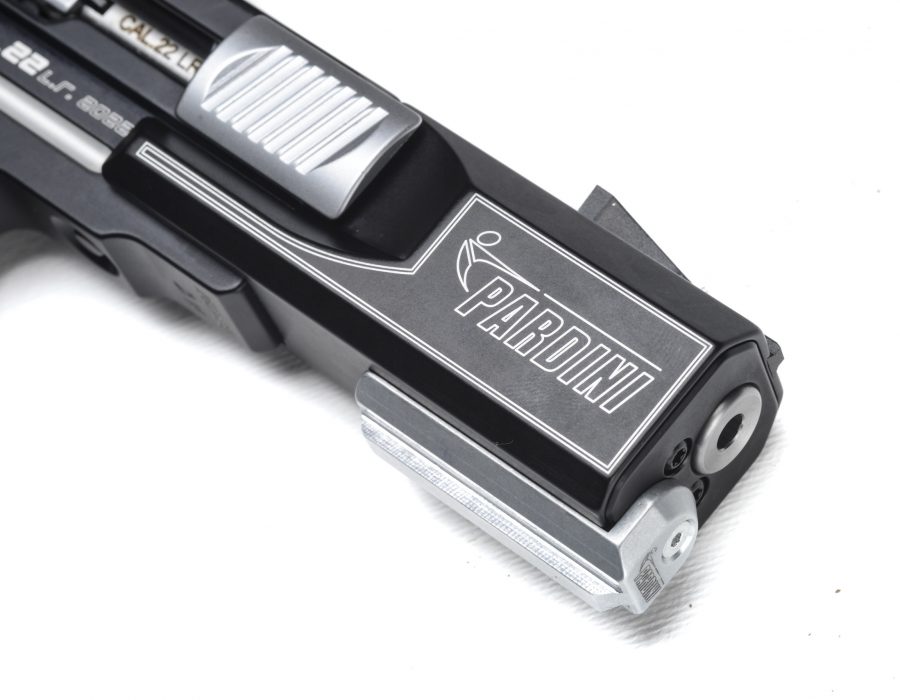 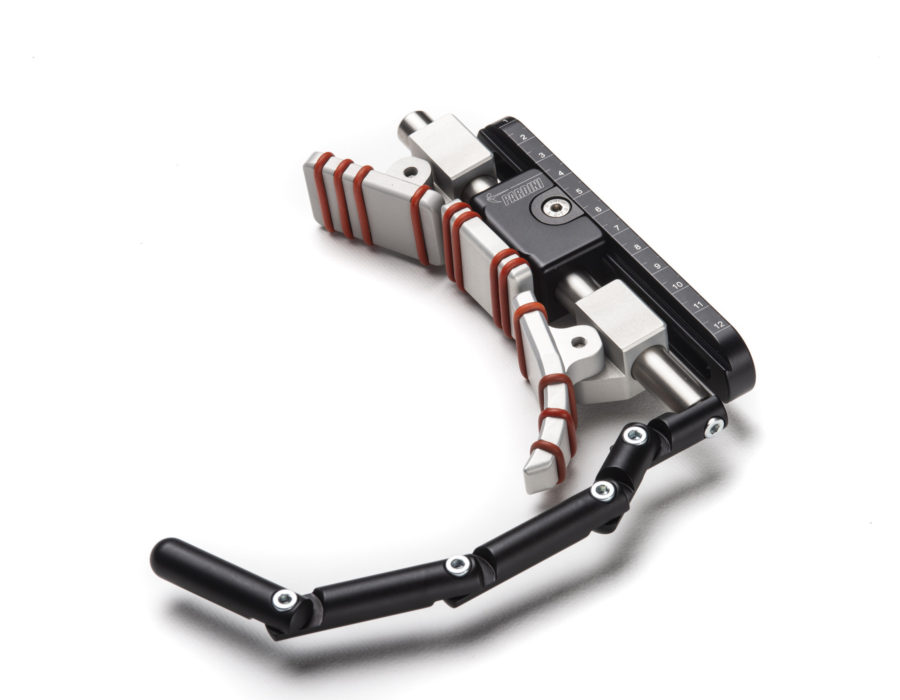